With over 30 years of SCADA and Telemetry experience where M2M and IoT started, Cirrus Link’s leadership understands the technology requirements to help companies achieve their business objectives. Our experiences and ingenuity been integral in developing the technology, such as MQTT protocol, to enable and effectively manage data assets from real-time controls to asset tracking.  We pride ourselves at delivering real solutions and treat our customers business as if it was our own.

Cirrus Link puts your business data to work—faster and smarter. Break out of the information silo created by traditional software, and use machines to share in real time with anyone in your company. With Cirrus Link machine to machine (M2M) technology, your people get on-time, real-time access to critical information. So your business can make more informed, smarter decisions. 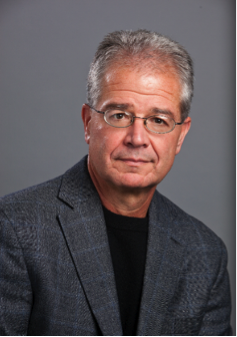 One of the inventors of pervasive computing, Arlen Nipper began working with embedded computers as a coop student with Amoco pipeline in 1978. He began his professional career with Koch Industries as a SCADA engineer for the pipeline and transportation divisions. After eight years with Koch, Arlen help start up a Kansas City-based company called NovaTech. In 1993, NovaTech was acquired and Arlen became President of Arcom Control Systems.

As Arcom moved into the global marketplace, partnership with IBM Pervasive Computing gave rise to innovations in M2M that paved the way for Cirrus Link. In 2006, Arlen was named President and CTO of Eurotech, Inc., a global technology group focused on a holistic approach to embedded computer platforms and M2M software.

A 25-year veteran of the oil and gas industry, Chris launched his career in the UK as data acquisition project manager for BICC Transmitton. From there, he moved to Arcom where he led the process control division, transferring to the US office in 1997. After earning his MBA, he became CEO of Arcom Control Systems, in charge of global management. During this time, Chris collaborated with Arlen Nipper to execute new innovations in remote data and M2M technology.

With the recent merger of Arcom Control Systems and Applied Data Systems, Chris was appointed Chief Operating Officer of North American Operations. He was responsible for bringing the latest Intel Atom products to market, resulting in record sales for the company. Chris brings a rare skill set, combining engineering background with a strong business acumen.